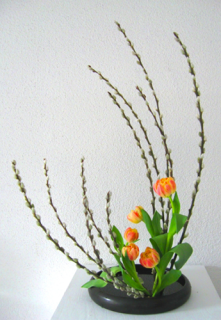 Not the Marrs family. We had the only “Oriental” furniture in town. Our living room and dining room furniture boasted a small decorative screen featuring a peacock, 2 Japanese Floral Nesting end tables and a coffee table – all 3 topped with bas relief village scenes, a black lacquer corner chair, 2 tall floral urn porcelain table lamps, and a tiny dark red baby grand with painted oriental figures on its side. Our sofa had a satin-textured floral pattern of a vaguely Asian design. I was quite proud of this style, thinking it was proof that my Mom’s aesthetic taste trumped convention.

When asked (quite politely) “Why, Annette, whehevah did yew come to dew your house … this way?” She responded “Ah just always liked the Oriental look; it seems so graceful, don’t yew think? Have anothahr deviled egg?”

Annette was stunningly beautiful, quite charming, very smart and privately quite funny. In those days, she was generally a conventional woman – she sewed quite well, cooked very badly, and insisted that we constantly vacuum, mop and dust. She baked cakes and pies for church socials – from a box, but even so. She totally enjoyed and gave terrific parties. Her imagination was alive, quite vibrant.

Many decades later I asked her about this obsession with all things Asian (she was now living in Albuquerque, NM, still surrounded by Asian furniture.). She frowned and said that when she was a child, there seemed to be a craze of things Oriental that swept the country. She drew and later painted Japanese designs with watercolors for her mother. She asked for a kimono coat for her birthday. She didn’t get it. “Where would yew WEAR somethin’ like that?” her mother said.

Curious, when I returned home, I looked up the appearance of things Asian during the late ‘20s/early ‘30s in America. Most probably the source was Frank Lloyd Wright and his Japanese artwork obsession. There were endless photo articles during that period featuring his Asian collection – anything for Wright publicity. There were wallpaper patterns and avant garde paintings. The latter were strange filtered versions of Japanese art – sorta Asian, sorta American.

In high school, Annette began painting Asian figurines to be sold in furniture stores. They sold quite well and the furniture stores kept her constantly supplied with unpainted blanks. Several Halloweens she dressed as a geisha. At least a Montgomery version of a geisha…

Annette joined the Ikebana Club at Maxwell AFB and soon large, graceful flower arrangements filled our dining room at every party. Ikebana is a disciplined art form in which the arrangement is a living thing where nature and humanity are brought together. And in this group of mostly women, she found kindred spirits.

Other than drawing cats or dogs for her little boys, she had ceased to be an artist. In these floral creations, I could see at that time that I WAS her daughter; that I had inherited my talent from her. In my pre-teen fog I would ask her to explain what she was doing as she placed the branches or arranged the blossoms. Those sessions are treasured memories.

Our furniture was seen by the Montgomery folk with appreciation, awe, resentment and suspicion. Why were the Marrs so different? At the swimming pool, the local shopping mall, the Dixie Rexall drugstore, I’d overhear various people gossiping about our house. “It looks SO strange.” Have yew seen that dinin’ room table? Ah couldn’t eat off it.” “That breakfront is just ODD. From out of town, Ah’m told.”