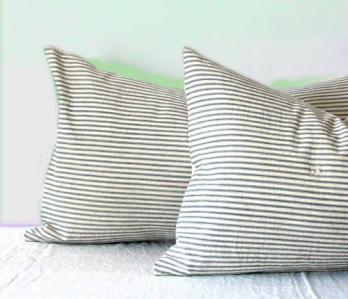 In 1950s Alabama, when I was little, we lived with my grandparents. Irene was our occasional help. Eagle-eyed, no nonsense Irene.

Now, Irene had unfortunately missed her true calling of Marine drill sergeant. She did have her Rules and you followed them “or else”. She had a very narrow interpretation of what constituted “sass”. A small person only had to open her mouth in response to an order to be declared in noncompliance and relegated to her room.

Irene also did a lot of pointing in my direction, with toilet brushes, feather dusters, and/or dust mops. This would be accompanied by her squinty-eye look and declarations that “I’ve got your number, missy.” or “No backtalk from you, missy.” She could also be the fastest-moving grownup I knew, especially from a standing start. A formidable force to be respected.

Irene never wanted me “spying” on her at work, hanging around. This puzzled me. I had only 75 questions a day to ask her and about 10 observations to make per room, what was her problem? She was the first (of several) I remember to tell me that just listening to me made her tired. At various times, Irene was very clear that she was not being paid to be an encyclopedia, a quiz program or a picture show.

Of course, this behavior made her irresistible to me. Everyone at home did chores, even Bampaw mowed the lawn and swept the driveway. But Irene had … style. She ATTACKED an unmade bed, a dusty hallway, a bathroom mirror. Each task was a race against time. She’d whip through it, give a satisfied grunt, and then take to the back porch for a smoke break. She called this “Gettin’ some air.”, which joined my list of questions.

Each Irene task had an exact pattern. Vacuuming was a matter of short, straight strokes that started in the same corner of each room. Scrubbing the tub was a series of long, circular strokes, always ending with the faucets. Irene was proud of her techniques and my appreciation of her skills was our one area of accommodation. Occasionally, she’d share a household secret.

This led to the one time I recall her actually laughing out loud: my attempt to help her make my grandparent’s bed. To swiftly and smoothly get a pillowcase on a pillow, she’d tuck one end of the pillow under her chin and pull the case up with both hands, letting gravity do most of the work. She handed me the other pillow to imitate her.

But when I tucked one end under my chin, the pillow bent in half against the floor. I was shorter than the pillow! This cracked her up. “You should see your face!” she hooted. I was disgusted, but she reassured me it was only a matter of time before the trick would work.

Sho ‘nuff. Although it’s probably a standard technique the world over, I later quite impressed my college roommates with this neat maneuver.